Leading up to Halloween each year, we gather stories of supernatural and strange happenings in the Lone Star State. Below you'll find tales of epidemic, treasure, a curse, feuds, and more. You can find these and more stories on our Capitol Spirits Pinterest board.

The environs of Shoal Creek have been the scene of many happy and hard times. Early settler Gideon White was killed along the creek by Indians in 1842. His daughter's husband, Edward Seiders, developed a popular recreation area there in the 1870s. General George Custer's troops camped by the creek during Reconstruction; some of the men died due to a cholera epidemic and were buried nearby. Perhaps their spirits still remain…

Tales of hidden treasure along Shoal Creek have captured the imagination of many Austinites, from O. Henry to a former county treasurer who was driven to suicide. A January 1897 article in the Austin Weekly Statesman stated, "It is a fever that is sapping the very foundation of our citizenship. It is making maniacs out of sensible men." Do ghostly figures still look for the gold on dark nights?

Woodlawn Mansion was built in the 1850s by Abner H. Cook for James B. Shaw, Texas Comptroller. Shaw sold the house after the untimely deaths of his wife and young daughter. Along with other Cook buildings such as the Governor's Mansion and the Neill-Cochran House, the Woodlawn Mansion is associated with sad events or ghostly sightings. Could they carry the Shoal Creek curse through the energy imbued in their bricks that were created from clay and a kiln near the creek? [Photo credit: Austin History Center]. 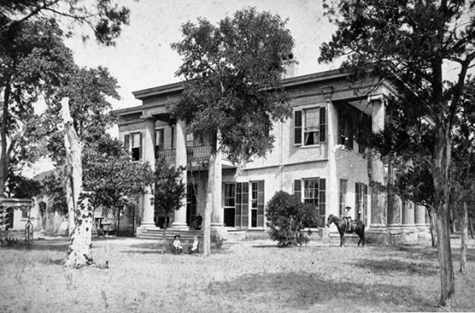 Marcus Harvey Townsend served in the Texas Legislature representing Colorado County, first as a representative in the 18th Legislature and then as a senator in the 21st and 22nd Legislatures. He and his family gained notoriety with their violent feud with the Stafford family and then with their inter-family trouble known as the Colorado County Feud. These violent events occurred around the town of Columbus, Texas, which perhaps explains why it has been described as "profoundly haunted." 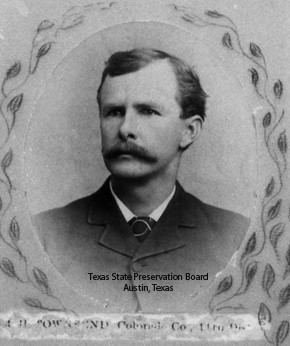 In 1836 Robert M. Coleman established Fort Colorado in Eastern Travis County. His tenure as commander was short-lived, either due to a dispute with Sam Houston or the death of a Ranger under his command. However, legend offers another story: Coleman was meeting secretly with a Comanche medicine man to bring about peace when the medicine man was shot by a soldier. Coleman was relieved of duty and drowned within a year. Are the ghostly figures seen on foggy nights Coleman and the medicine man, still discussing peace?

Rudolph Bertram ran a thriving wholesale grocery, saloon, and general store on Guadalupe Street in the 1880s. Business was conducted downstairs, with living quarters up above. The space now houses the popular Clay Pit Restaurant, but diners may share the space with previous inhabitants. Is the apparition of a small child Bertram's young son who died of typhoid fever? And are the upstairs party noises an echo of wild times at the brothel that was joined to the saloon through a basement tunnel? 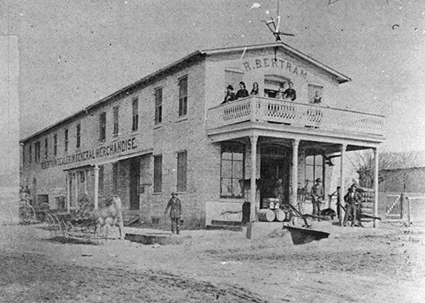