posted by Admin in Interesting documents

Sometimes our research requires us to dig into the past by using older documents. Recently, we used a fascinating set of reports by the Capitol Building Commission, published between 1883-1889. These items detail the work of the commission to construct the current Capitol building, and include the correspondence, maps, architectural drawings, contracts, legislation, and other materials related to the project. Details about how funds were raised to construct the new building, the process of selecting an architect to design it, and the type and quantity of building materials used in the construction are all documented, making these reports a rich source of history with interest to a variety of people. We also discovered some interesting facts while looking through them. Did you know, for example, that the original 3rd floor included a "Ladies Retiring Room"? Or that in response to the advertisement for architectural plans, eleven designs were received, with names such as "Texan," "Pay as You Go," and "Woglosnop"? (Eventually, the design named "Tuebor," by E.E. Myers, was selected.) Perhaps most interesting was a section in the 1886 report in which the commissioners discuss their desire to equip the building with "a first class system of incandescent electric lighting":

...there are yet several modern conveniences and appliances, recently perfected, that are now being extensively used in all monumental public structures, which should be placed in our capitol before its construction advances much further; but which we are unable to procure without some appropriation from the Legislature. Among the number, and something most urgently needed, is the introduction throughout the building of a first class system of incandescent electric lighting. Under the present specifications gas alone is to be used, with a few of the chandeliers and other gas jets to be lit by means of electric wires, and when in operation the annual gas bill of the new capitol will be something enormous, leaving the State at the mercy of the gas company or companies, with the only alternative of building its own gas works. The amount of the gas bill for a few years would be sufficient for the State to purchase, own and operate what is known as an isolated plant of some first-class system of incandescent electric lighting, including all the apparatus complete, with the requisite number of lights for the whole building, giving, in our opinion, a far more beautiful and safer light than gas, and the entire plant would be a permanent improvement, the annual cost of maintaining which would be but slightly, as the same engineer in charge of it, with but little assistance, could also manage the boilers connected with the steam heating of the building.

The below images offer just a glimpse of what the reports contain. 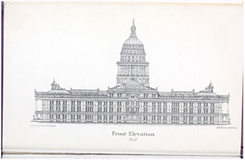 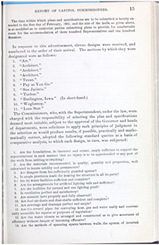 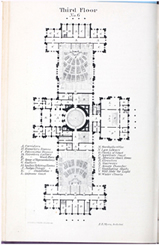