1. TRUE or FALSE: It is illegal to pick bluebonnets in Texas. 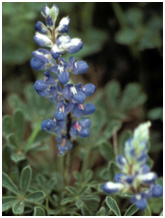 Answer: FALSE, in most cases. The bluebonnet was first designated the state flower by the Legislature in 1901 as the Lupinus subcarnosus and in 1971 later expanded to include the Lupinus Texensis and any other variety of bluebonnet.
It is currently not illegal pick bluebonnets; however, statutes prohibiting criminal mischief or trespass may apply.
Under a 1933 law it was unlawful to pick any flowers upon enclosed land or land maintained by the State as a public park or preserve without specific permission. The law specifically mentions bluebonnets, Indian paint brushes, and other wildflowers under prohibitions against transporting, etc. or selling flowers which have had been gathered in violation of the Act. With the codification of the 1973 Penal Code the old statute was repealed.
2. What year was the first standardized test administered in Texas public schools and what was it called?
Answer: The first standardized test, the Texas Assessment of Basic Skills [TABS], was authorized by SB 350, 66th Legislature and administered in Texas schools in 1979. Education Code 39.023, Adoption and administration of instruments. See also Association of Texas Professional Educators [ATPE], "Texas Journey from TABS to TAKS," Fall 2005.

3. Which former House member from Washington County cast his first presidential vote for Grover Cleveland, was invited to attend the inaugural ball for Governor James S. Hogg, and was a relative of one of the writers of the Texas State Flower Song, "Bluebonnets"? [Hint: this one may require a field trip to Capitol Room 2N.3!]
Answer: William David Crockett, Member of the House of Representatives from Chappell Hill, Washington County in the 29th-31st Legislatures (1905-11) and Chair of the Appropriations Committee. In searching the LRL's members database, Texas Legislators: Past & Present, for home county: Washington County, Crockett's record includes a biographical sketch from A History of Texas and Texans (1916) noting his first presidential vote was for Grover Cleveland. The Governor's Inauguration Exhibit at the LRL in Capitol Room 2N.3 includes an 1891 invitation to Governor Hogg's inaugural ball sent to W.D. Crockett, and the state flower song, "Bluebonnets," by Julia D. Booth and Lora C. Crockett [sister-in-law of William David Crockett], was adopted by the Legislature in 1933 (Handbook of Texas Online). Listen to "Bluebonnets" performed by the LRL's own Donald Brower. 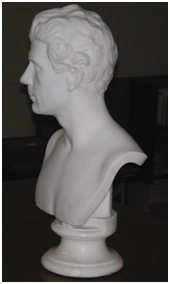 4. There are two busts in the artwork collection on display in the LRL. One is Sam Houston, who is the other? [Hint: this one may require a field trip to Capitol Room 2N.3!]
Answer: The second bust is of Memucan Hunt, minister from the Republic to the U.S. to secure the recognition of the independence of Texas and Secretary of the Texas Navy, who later served in the House of Representatives of the 5th Legislature from Galveston.
5. When was the last time a Governor's veto was overridden by the Legislature?
Answer: May 15 & 17, 1979. In the 66th Legislature, Regular Session, the Legislature overrode Governor Bill Clements' veto of HB 2153, Relating to the approval of the Commissioners Court of Comal County of hunting and fishing regulations. See LRL Vetoes, List of Overridden Vetoes, House Journal Text, Senate Journal Text.