Frank Calhoun Reflects on a Half-Century Under the Dome

posted by TexasLRL in Members of the Legislature, Texas Treasures

This is the second installment in our new series, "Texas Treasures," highlighting some of the men and women who have served in the Texas Legislature. In our first post, we featured Sen. A.R. "Babe" Schwartz.
Frank Calhoun comically attributes much of his success in life to the fact that he "keeps showing up." 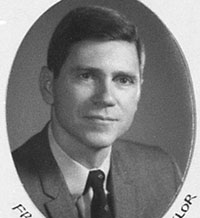 Rep. Frank Calhoun, 61st Legislature (1969).
And show up he has. Frank represented Taylor County in the House of Representatives from 1967-1975, and he has been a reliable presence in the Capitol ever since. Frank announced his retirement early this year after being active in Texas politics for over 50 years.
Frank was a law student at the University of Texas when he landed his first job in the Capitol in 1957. As an Assistant Sergeant-at-Arms, he was responsible for distributing messages to House offices and performing other clerical tasks. But mostly he sat on a stool in a dark elevator with a law book in hand, an experience he shares with other former lawmakers.
"It was simple. People would get on the elevator, and I would punch the button." It wasn't glamorous, but being able to study while he worked was a great benefit. "It never occurred to me that one day I might be elected to the Legislature. I just wanted to get through school and become a lawyer."
After Frank passed the bar exam he went home to Abilene and became a lawyer. His interest and involvement in his community naturally extended to Democratic politics.
In 1966, when redistricting created an opportunity for someone from Abilene to be elected to the House of Representatives, Frank was recruited. "Four men called me to a meeting over a bottle of single malt and told me I was going to run. They agreed to take care of raising all the money. All I had to do was get elected."
During the last of Frank's four terms in the House, he was selected as a delegate to the State Constitutional Convention, which attempted to redraft a new constitution for Texas. The Constitution, he explained, "should reflect the contract between the people and their government." Instead it was a "statutory tangle." Regrettably, the Con-Con's revision failed by three votes. "That was the culmination of my legislative service and one of the most significant experiences."
Frank's involvement in politics continued after he left the Legislature and joined the Houston law firm of Liddell, Sapp, Zivley, Hill & LaBoon where he specialized in legislative and administrative matters.
Frank remembers his time in the Legislature as a very satisfying and interesting experience. Serious moments were frequently interspersed with humor and fun. "I got to know people from all over the state . . . Relationships develop. Periods of great stress forge friendships that never fade."
Several of the friendships Frank forged during those years are celebrated annually at Hilary Doran's ranch near Del Rio. Hilary extended the first invitation in 1967, and his friends have been showing up every November since. Frank expects this year's meeting of "The Extinguished" to be the last in a treasured tradition.
Frank has only missed one Doran Ranch meeting in 48 years. Most members of the group have been former legislators or legislative staff, several of whom have died in recent years.
The first invitation included wives, but it quickly became a "men's deal." "There was hunting, drinking, and carrying on . . . not a lot there for a woman to enjoy." Now the activities are pretty much limited to cigar smoking and dominos. "The guys stopped bringing their guns several years ago," Frank reminisced. "We are no longer angry at the deer." 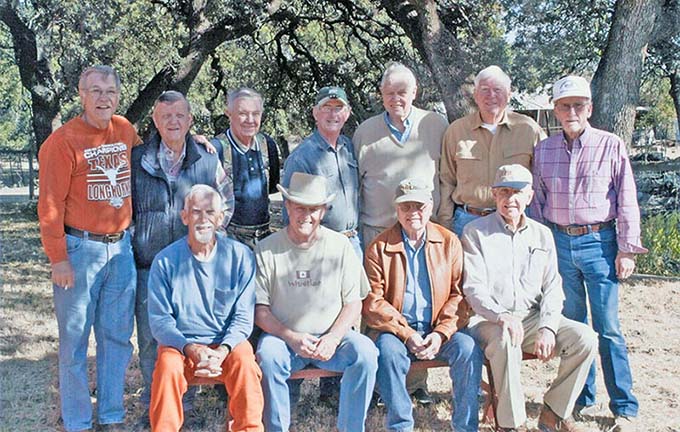 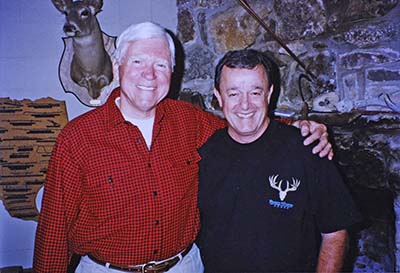 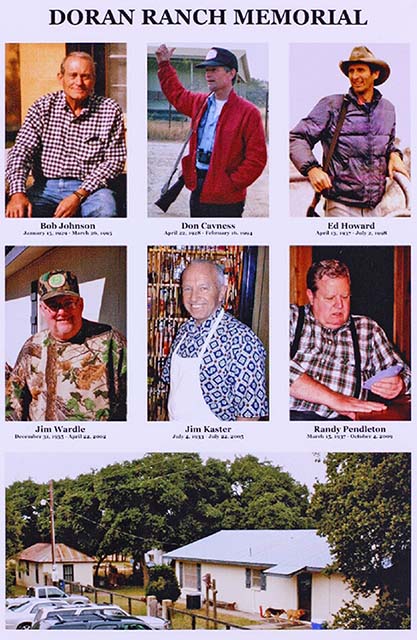