37 years ago, during the 66th Regular Session, a group of 12 state senators nicknamed the "Killer Bees" organized in the Texas Legislature. From May 18 - May 22, 1979, the Killer Bees hid offsite to prevent the 31-member Senate from reaching a quorum on two bills: S.B. 602, which proposed an early date for a Texas presidential primary, and S.B. 1149, which related to filing fees for primary elections. S.B. 1149 was broad enough that it could be amended to include the provisions of S.B. 602.
According to the The Miracle of the Killer Bees (below), the group got its name from Lt. Governor Hobby, who told a reporter he called them that because "you never know where they're going to hit next." The Killer Bees were Senators Carl Parker, Carlos Truan, Chet Brooks, Ron Clower, Lloyd Doggett, Gene Jones, Glenn Kothmann, Raul Longoria, Oscar Mauzy, W.N. 'Bill' Patman, A. R. 'Babe' Schwartz, and Bob Vale. 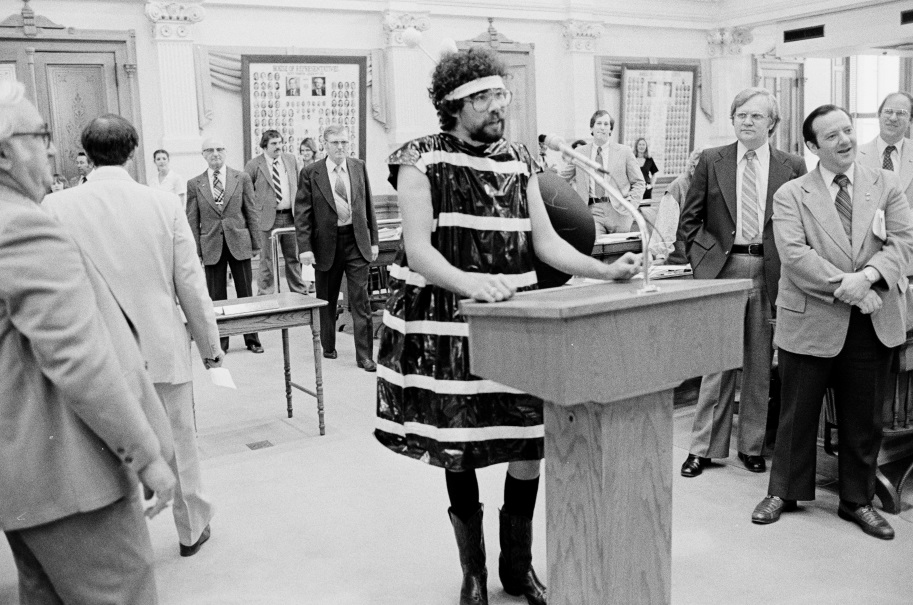 The Texas House receives a message from a Senate "Bee Man." Image courtesy of the Texas State Library and Archives Commission 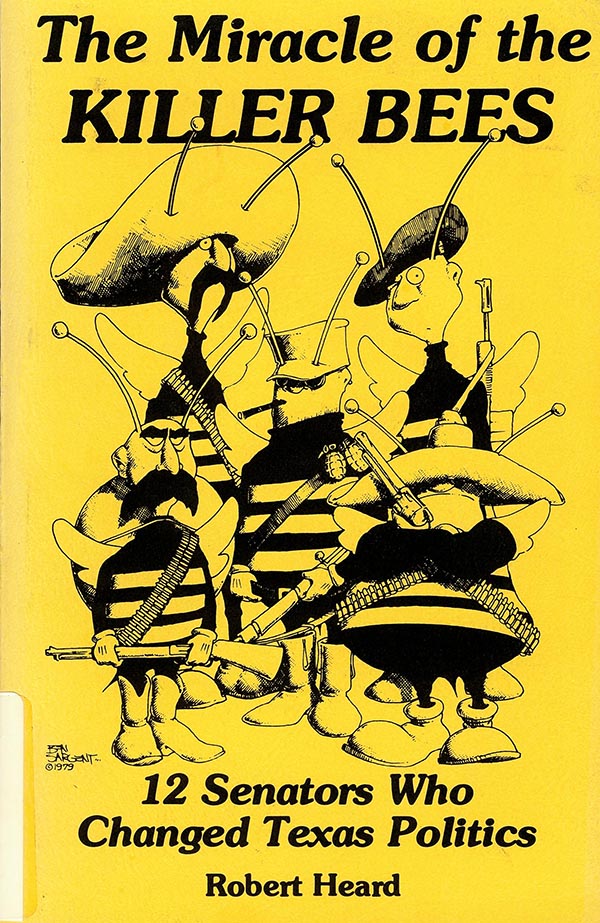