LRL Home - Points of Interest - State of the State Address

State of the State Address 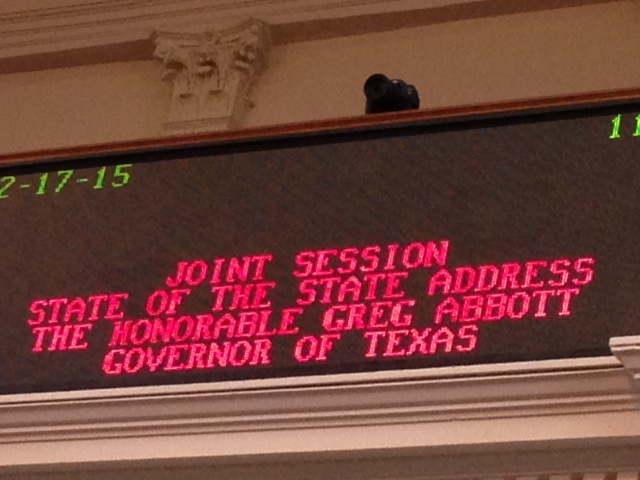 When Gov. Greg Abbott gives his "State of the State" address on January 31, he will carry on a long-standing tradition in Texas leadership, one that pre-dates statehood and governors. The Constitution of the Republic of Texas required the president to provide occasional updates on the state of the government and to recommend areas of attention to the legislature. The practice was carried on when Texas became a state, with the governor presenting the message, and continues to this day.
The governor's mandate, per the Texas Constitution, Article 4, Section 9, is to "give to the Legislature information, by message, of the condition of the State, and he shall recommend to the Legislature such measures as he may deem expedient." In the first State of the State message by Gov. J. Pinckney Henderson on February 24, 1846, his message is something of a to-do list for the newly annexed state. State leaders, from comptroller to United States Congressmen, needed to be elected as soon as possible. Texas needed a new tax system, to determine a way to provide for public schools, to organize judicial districts, and more.
Henderson gave his second State of the State message on December 15, 1847. (That year, Texas got two State of the State messages in December, since Henderson stepped down as governor, and George T. Wood took the position.) Henderson discusses what the Legislature had done to establish Texas as a state in their first year (and admonishes them for what wasn't completed), but also speaks at length about some current events—the Mexican War and "Indian affairs."
Indeed, these messages often begin with a broad overview of the current news, then use those events  to lead in to discussion of specific issues. State of the State topics often are similar to those on the governor's campaign platform, especially if the governor has been recently elected. The address provides legislators with greater insight into the governor's goals for session.
The governor delivers the State of the State address to a joint session, at the Legislature's invitation. (See HCR 48, 84th R.S.) Of course, the general public also can view the speech via television, the Internet, etc., so the Governor's audience for the message is much wider than it used to be. 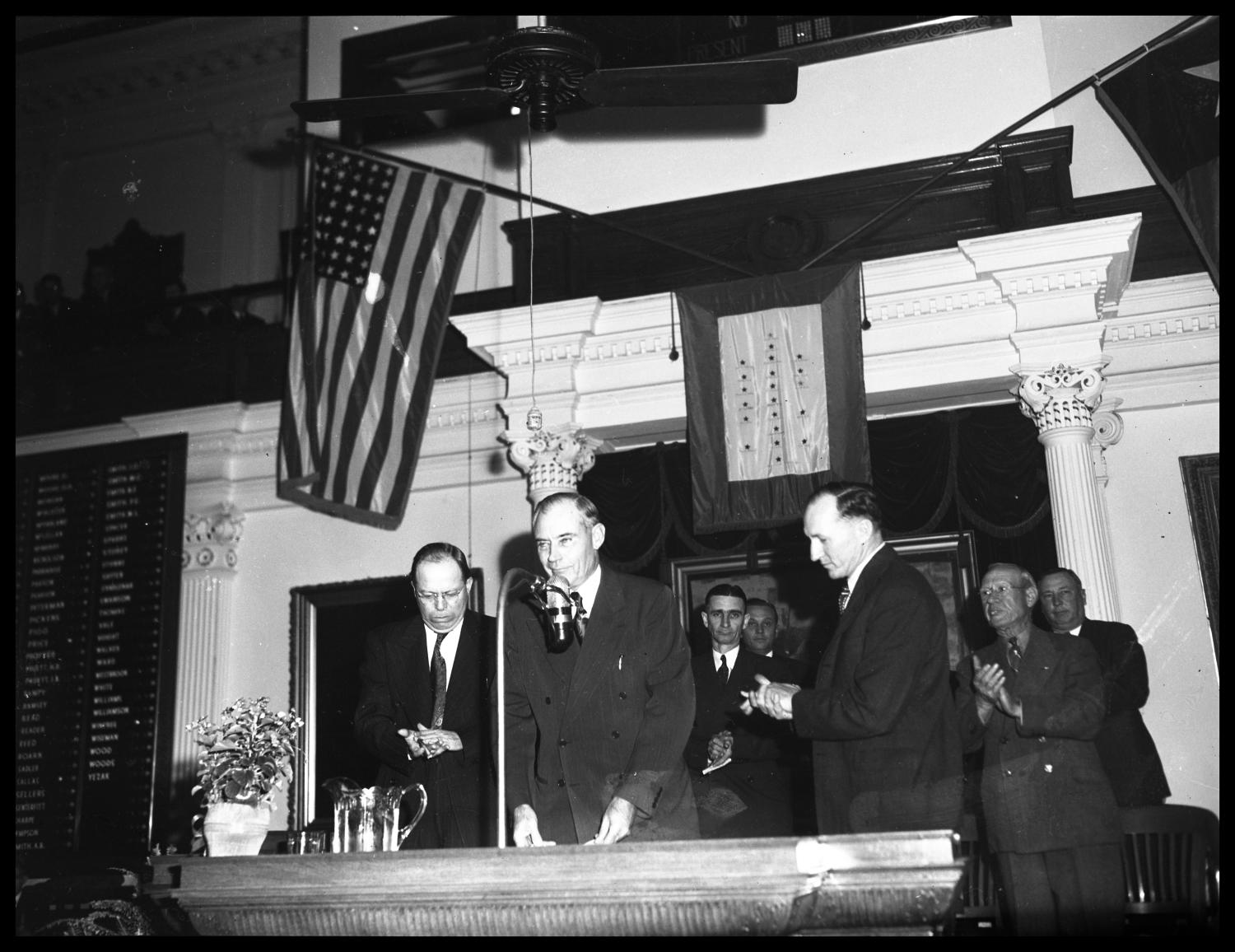 Today's "State of the State" messages from the governor are similar in many ways to Gov. Henderson's—describing the current health and well-being of Texas, and setting out what the governor sees as priorities that the Legislature ought to tackle to promote future prosperity. While the historical context surrounding the speech changes, themes like education, budget, and transportation (to name a few) recur again and again. The text of past State of the State addresses can be found in the library's governors database by searching for the phrase, "state of the state."
Images:
The screen in the House Chamber displays a welcome message to the members of the House and Senate gathered to hear the governor's message.
Gov. Coke R. Stevenson addresses the 49th Legislature on January 11, 1945. His speech largely looked toward post-World War II planning efforts. Neal Douglass Photography Collection, Austin History Center, accessed via the Portal to Texas History.