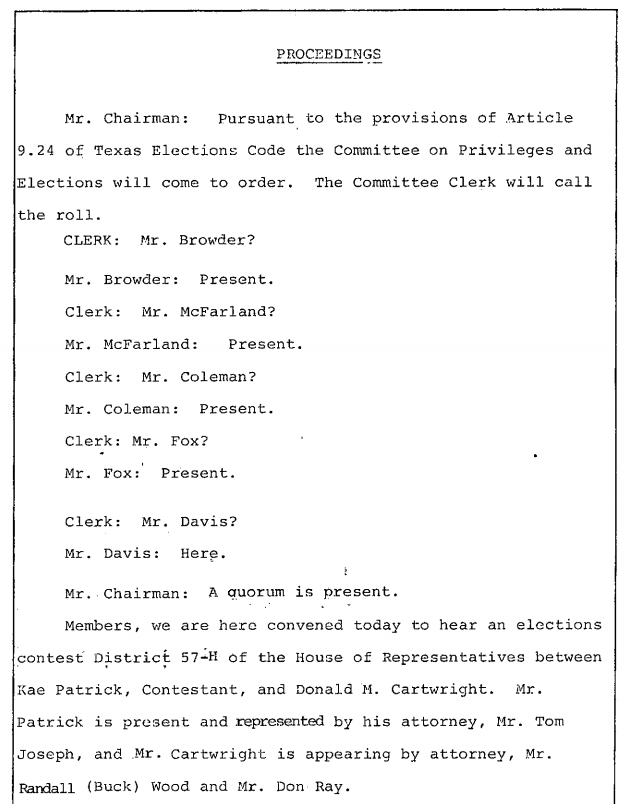 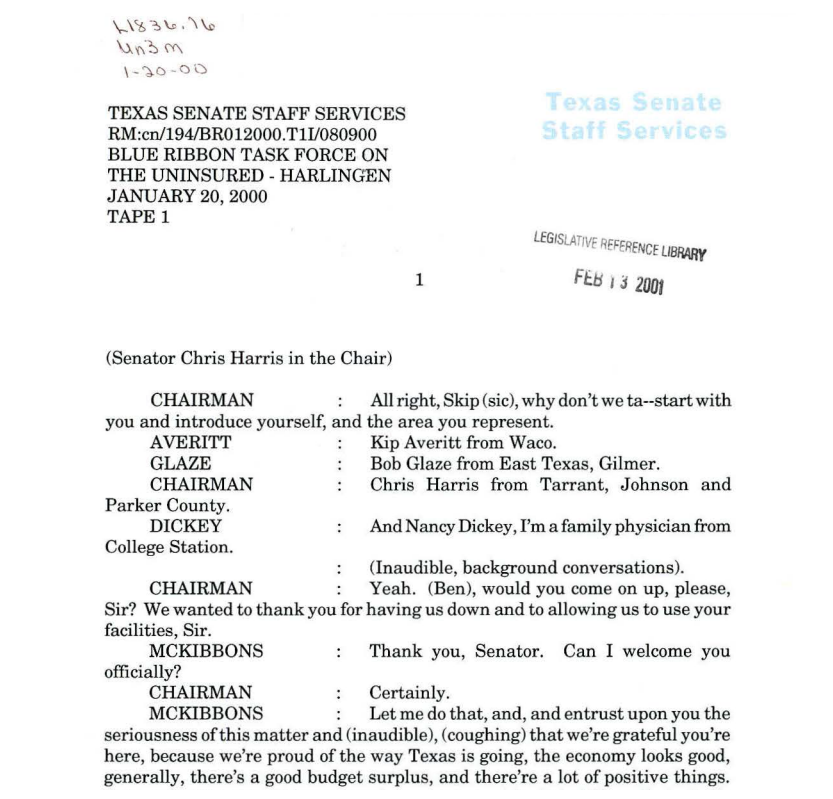 Committee minutes of the 77th Legislature (House, Senate, and Joint, 2001–2002) have been scanned and are available in the LRL's committee minutes database. Our database now contains scanned minutes for the 63rd–77th Legislatures (1973–2001).
In addition to the information typically included in minutes, a variety of interesting supplemental resources, reports, maps, and transcripts are available. (Some of these PDFs include bookmarks to enhance navigation.) For example:
The LRL database also allows users to search for committee documents from the 78th–85th Legislatures that are available through Texas Legislature Online.
The committee minutes database will continue to grow as we scan older minutes before 1973 in our collection.
Images, left to right:
The Joint Blue Ribbon Task Force on the Uninsured held meetings in various Texas cities, such as this one in Harlingen, as they examined the problem of Texans who lack health insurance.
If you’re interested in contested elections, you can use the committee search (http://www.lrl.texas.gov/committees/cmteSearch.cfm) to find election committee records. Election contests usually fall to a select/special committee, like the Special House Committee on Privileges and Elections, 66th R.S., that reviewed the contest between Kae Patrick and Donald Cartwright for the election of a representative from District 57H.